Special thanks to everyone who attended EFC2022
The call for papers for EFC2023 is now happening. 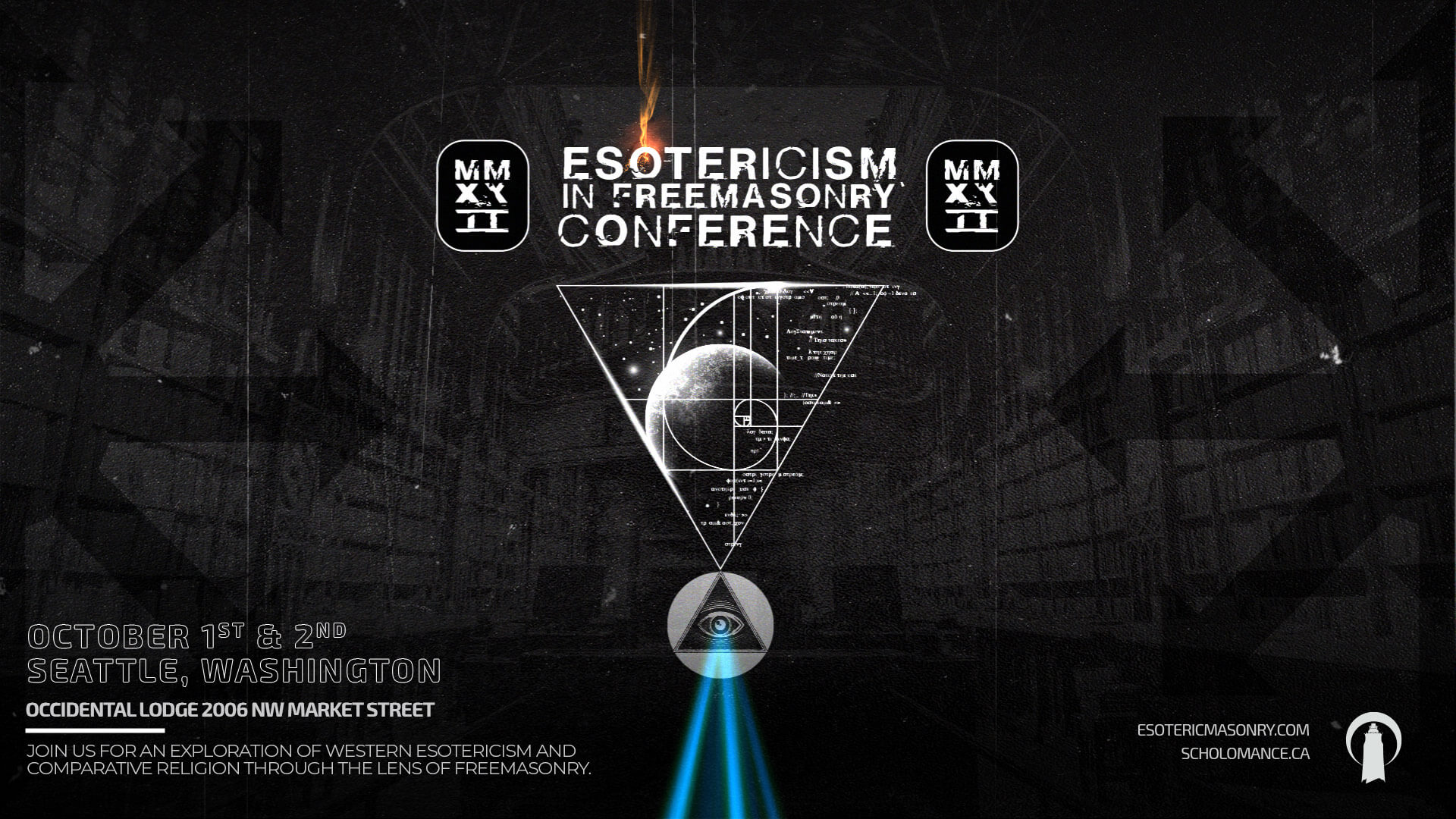 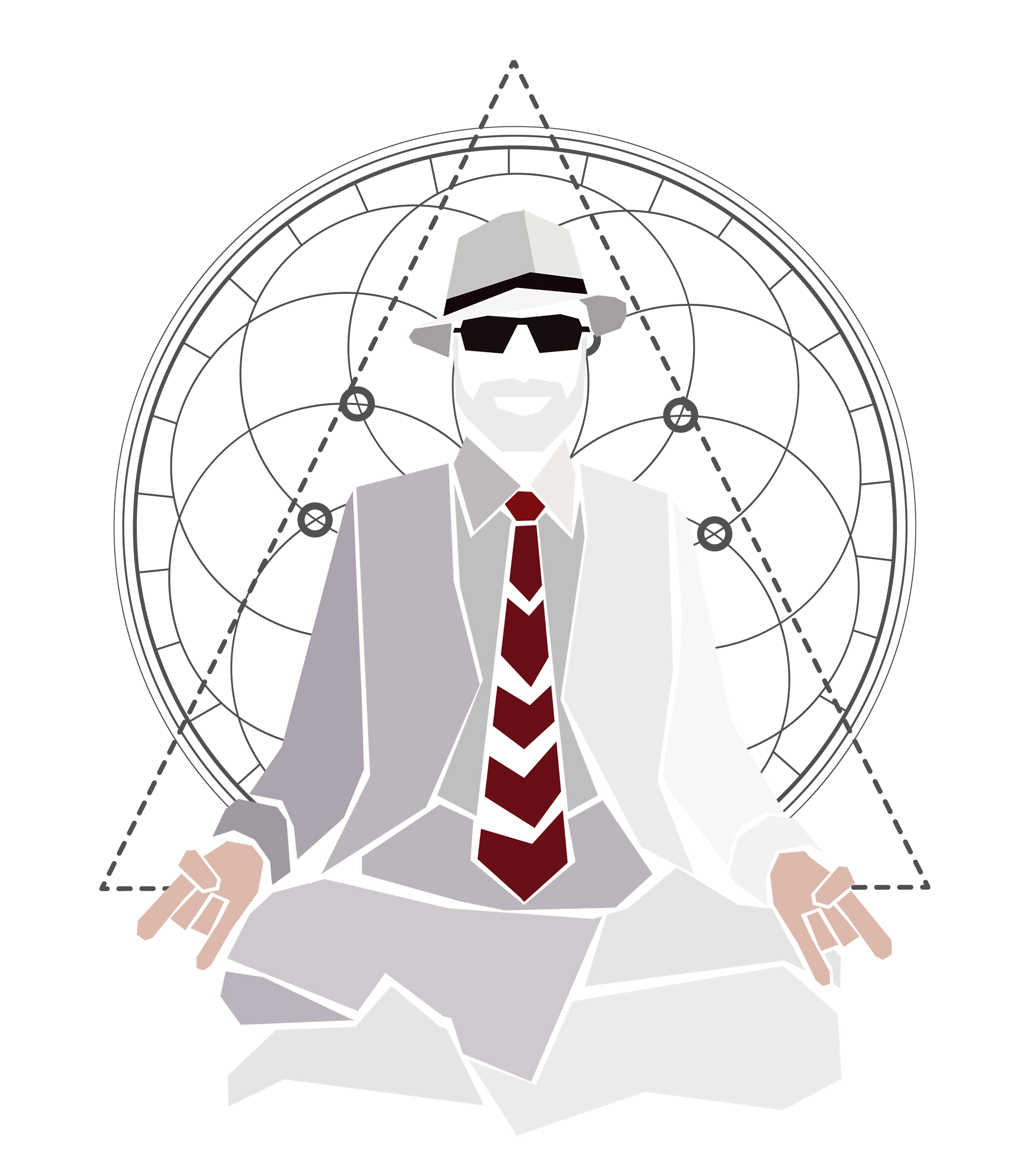 Masonry is a progressive moral science, divided into different degrees; and, as its principles and mystic ceremonies are regularly developed and illustrated, it is intended and hoped that they will make a deep and lasting impression upon your mind. 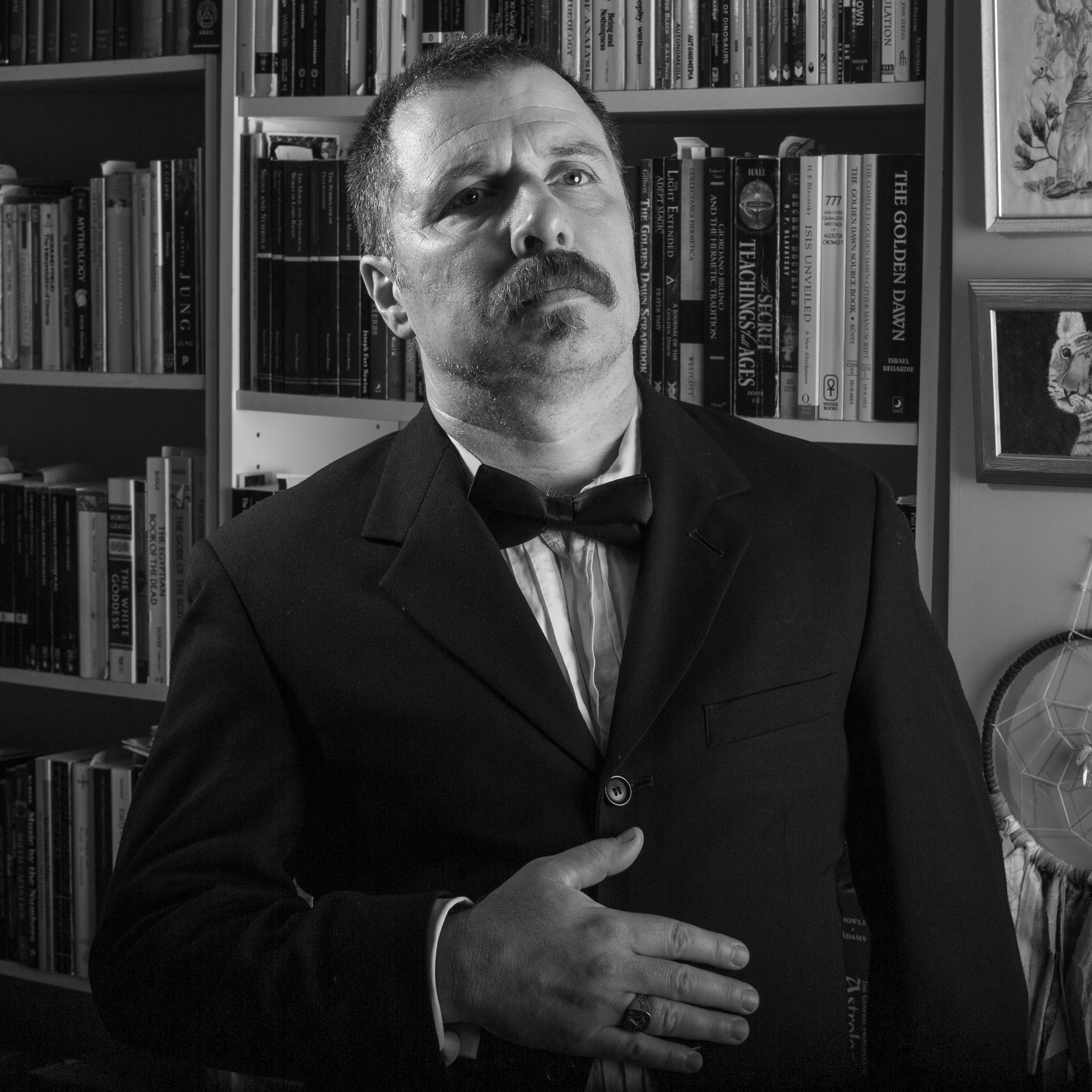 ASTROLOGY IN THE WESTERN ESOTERIC TRADITION | ASTROLOGICAL SYMBOLISM IN FREEMASONRY

Ever since the advent of Sun sign astrology and newspaper horoscopes in the early 20th century, the nuanced complexity of this ancient art has become somewhat obscured. 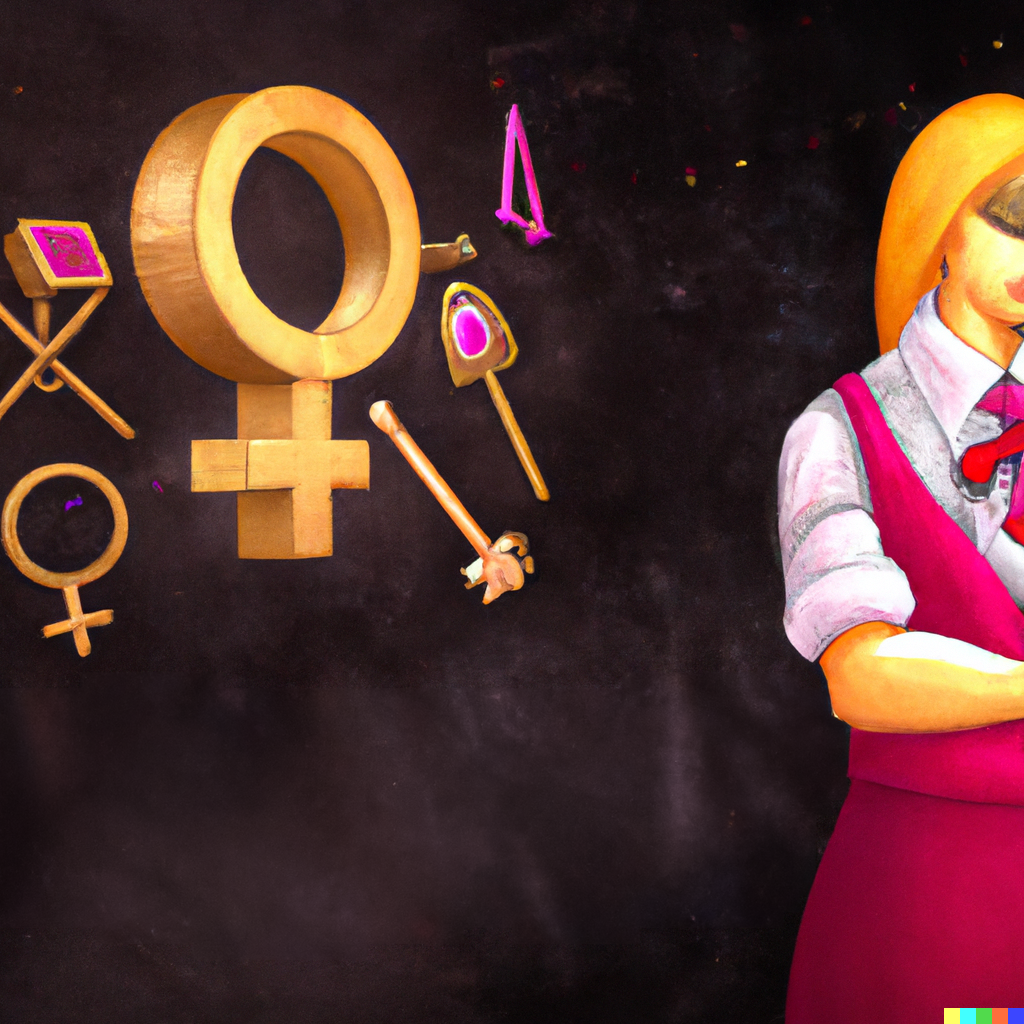 Yet today women are still unwelcome in "Regular” Masonic Lodges and “Regular” Freemasons are forbidden from visiting co-masonic lodges. 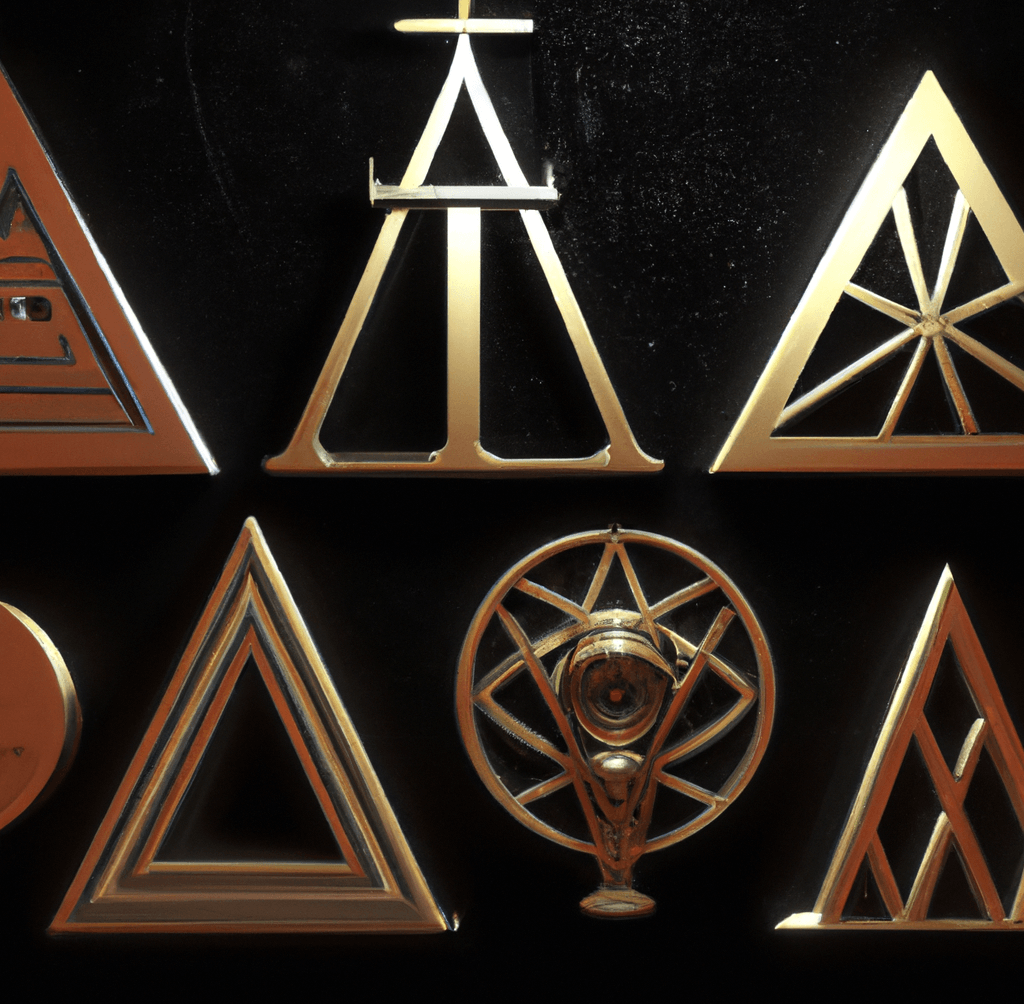 In this presentation, I will discuss these anti-esoteric attitudes among freemasons, contrasting them with views of academics, who often make direct connections between Freemasonry and esotericism. 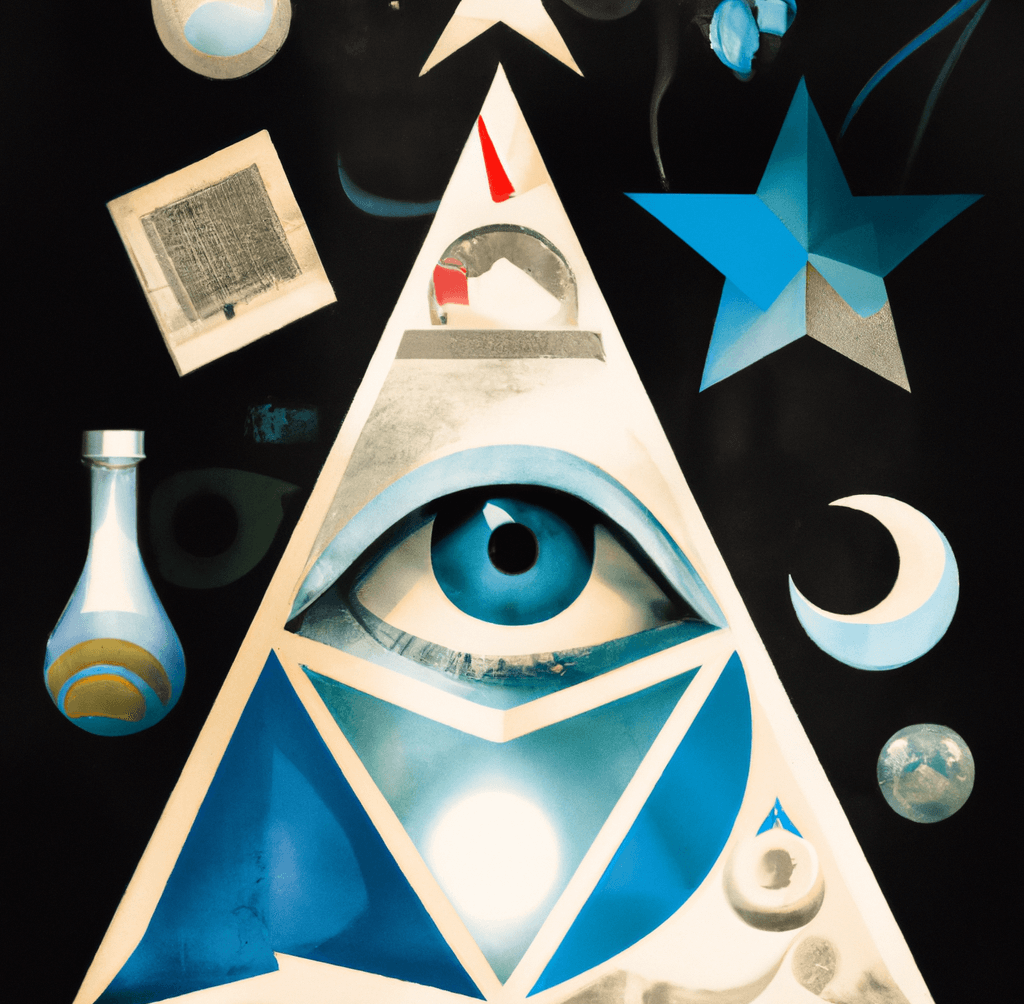 The disenchantment (and re-enchantment) of Freemasonry

The influence of modernity within the Craft exemplifies what Max Weber described as ‘disenchantment’ (Weber, 1958). I apply the use of this term, disenchantment, somewhat liberally in the argument that follows, but I believe it ultimately remains true to the original observations made by Weber. 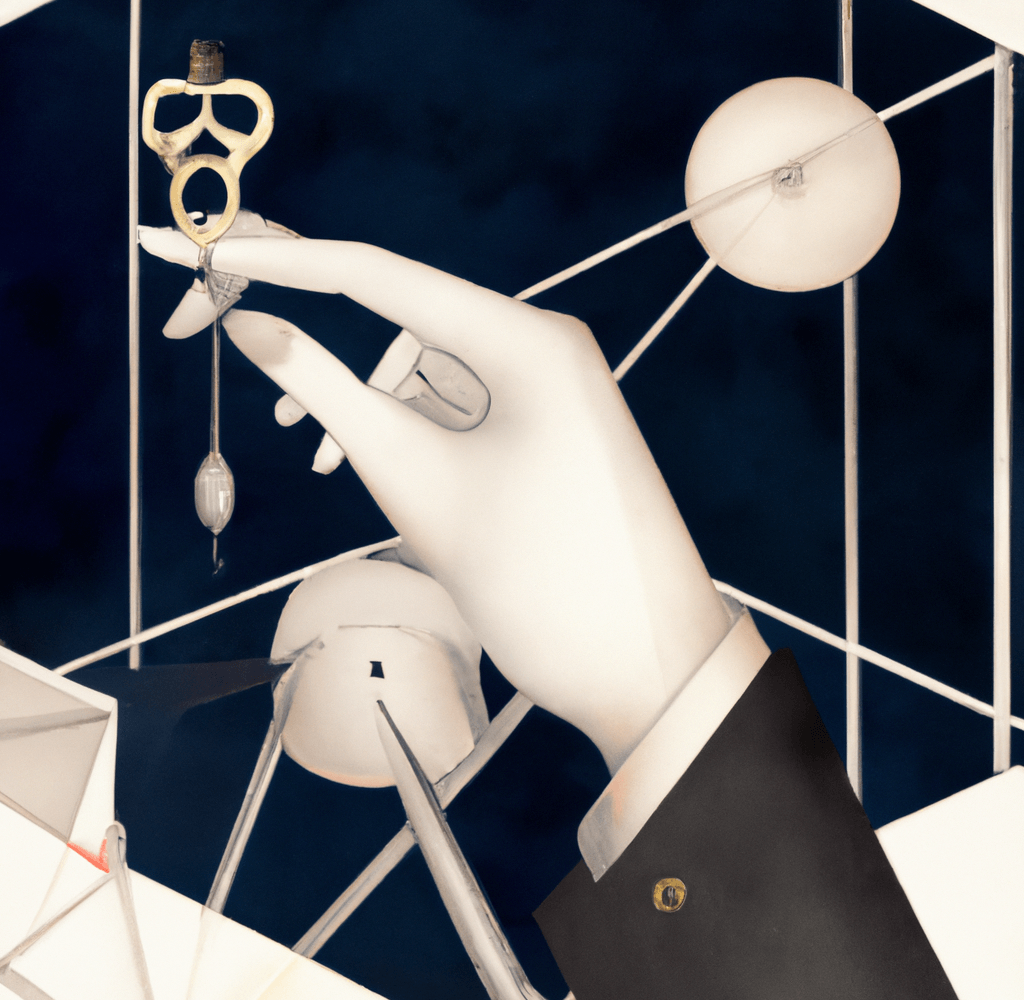 The topic at hand concerns this: can it be determined that there are influences of alchemy in masonic traditions of initiation. Specifically, by examining the “Initiation of the Alchemist” (my title for this work) illustration in the Theatrum Chemicum Brittanicum (1652).

Join us for an exploration of western esotericism and comparative religion through the lens of Freemasonry. 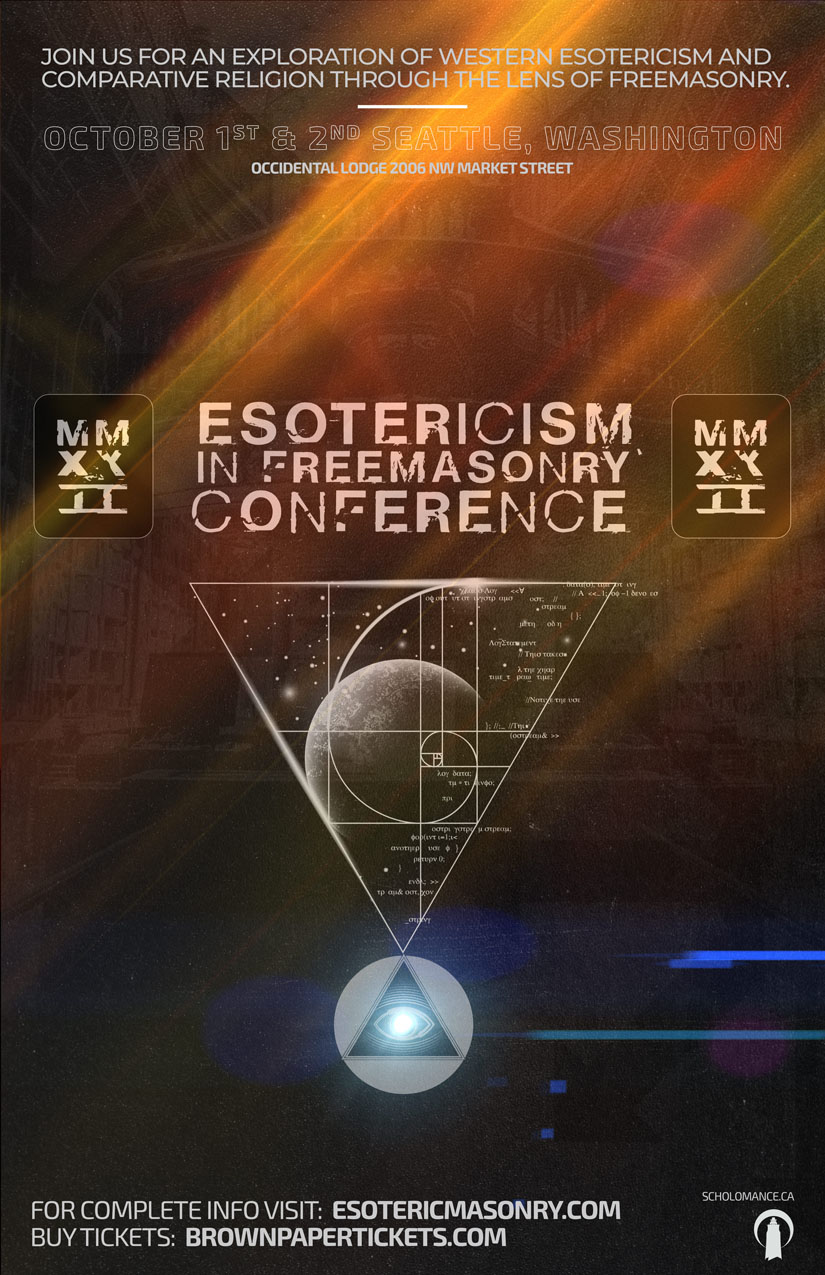 We anticipate a broad selection of interesting topics that we hope will enable Freemasons and scholars to learn from each other.The volunteer group that has operated as “Esotericism in Freemasonry Conference” for the last five years is pleased to announce an expansion of our effort and a return to an in-person model for our sixth annual event.

“Esotericism in Freemasonry Conference 2022” (EFC2022) will be held over the weekend of October 1st and 2nd at Occidental Lodge 2006 NW Market Street, Seattle. A single track of presenters with original content will be offered through both Saturday and Sunday with some entertainment and social events being organized for Saturday evening.

The purpose of this conference is to encourage an approach to original research with regards to Freemasonry and Western Esotericism with an eye towards academic rigour when possible and a sympathetic ear from other practitioners. We hope to bridge the gap between seekers and academics to create an open environment for everybody.

All Events Open To The Public (Except Lodge Meeting) - Registration Required

Wes Regan -  The Disenchantment (And Re-Enchantment) of North American Freemasonry

Event feedback and discussion with Troy Spreeuw and Ken Lane

All Events Tyled Master Mason Only - Registration Required. 10 minute breaks after each session

Lon Milo Duquette - The Qabalah of the Blue Lodge

Sign up for free info, mini-docs, blogs, events &
the podcast! All for free

Thank you! Your submission has been received!
Oops! Something went wrong.

Check out our online store